” And whenever you are fasting, do not look gloomy and [m]sour and [n]dreary like the hypocrites, for they put on a dismal countenance, that their fasting may be apparent to and seen by men. Truly I say to you, they have their reward [o]in full already.” Matthew 6:16

During this season of Lent,  the 40 days before Easter, many pious folk will be abstaining from something that is meaningful to them.  In Jesus’ day fasting meant not eating, which I think is the most difficult.  It is a true sacrifice to deny the body what it craves and to wrap all of this in regular clothes and a smiling face, is the true test of my motivation.  I desire no other audience than my Lord’s and He has promised that I will be rewarded in the open for all to see.  What is my reward?  An intimacy with Him such as I have never known.  Fasting is more than a religious exercise during a certain season.  It is the entry way into a deeper life with Jesus.  There is nothing more precious than that.

”  And Jesus replied to him, It is written, Man shall not live and be sustained by (on) bread alone [b]but by every word and expression of God.”  Luke 4:4 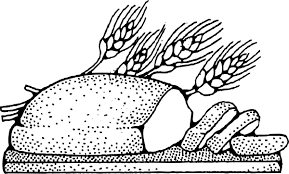 Posted on March 6, 2014 by Colleen Roberts in Christmas Devotionals3 comments

Colleen Roberts is a married mother of three grown children. She has lived in Brockton, MA for over thirty years. During that time she has been involved in the community, worked in the school system, and written books. Her publications include: The Phoenix Chronicles, Trilogy of Hope, and The Perfect Daughter. She is currently working at Amazon Sort Station in Stoughton, MA, also a freelance writer and editor, an occasional ghostwriter, inspired blogger.