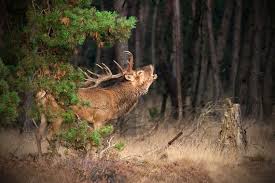 “Repent of your sins and turn to God, for the Kingdom of Heaven is near.” 3 The prophet Isaiah was speaking about John when he said, “He is a voice shouting in the wilderness, ‘Prepare the way for the Lord’s coming!    Clear the road for him!’ Matthew 3:2-3

John the Baptist prepared the way for the Messiah, the Lord Jesus.  He told the people to repent of their sins and bring proof that they turned from their evil ways: “ Prove by the way you live that you have repented of your sins and turned to God.”(Matthew 3:8)  To be baptized was not enough.  They had to prove they were walking in a new direction.

When the African slaves were freed by the Emancipation Proclamation, they were released from slavery and so dawned the Reconstruction Era. But there was no reconstructing the hearts and minds of their oppressors.  They couldn’t reconcile that former slaves were suddenly put on equal terms to them.  The promise of a new South was quickly broken and ushered in Jim Crow laws.

Today there are no Jim Crow laws that advocate “separate but equal”.  Supreme Court rulings and the Civil Rights Movement took care of that.  But just as the Reconstruction was a short-lived experiment, so the passing of laws barely scratched the surface of racial hatred.  It went underground but it has never gone away.

There are voices crying out for justice and love in this wilderness of hate.  The answering voice must be one of true repentance.  I’m not talking about becoming religious. I’m talking about turning away from sin back to our Creator God.  He told Israel:  “If My people, who are called by My name, shall humble themselves, pray, seek, crave, and require of necessity My face and turn from their wicked ways, then will I hear from heaven, forgive their sin, and heal their land.” 2Chronicles 7:14. The movement for the healing of America’s wounds must begin in the house of God.