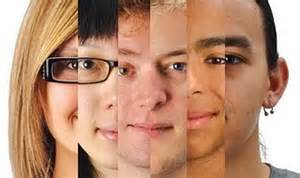 I began in the womb of Africa, a majestic continent rich in natural resources. According to my DNA profile, I am 40% Cameroon, Congo, and Southern Bantu peoples.  I am 19% Benin and Togo, to a lesser extent Ivory Coast and Ghana, and even lesser extent Mali, Nigeria, and Senegal. How did someone with this ancestry get to America?  When my ancestors were forced from their homes, put on a ship, and taken to the New World, Europe, and the Carribean Islands, including South America, they instantly became goods to buy and sell. How is it that human beings who could be bought and sold, taken to a land that professed freedom and equality? What was the justification for this tragedy?

In the New World, as Robin DiAngelo explains in her book, White Fragility, “the tension between the noble ideology of equality and the cruel reality of genocide, enslavement, and colonization had to be reconciled.” By creating, as Toni Morrison calls, the “other”, the founding fathers could claim that all others not white were morally, intellectually, spiritually, culturally, and physically deficient, which made them natural candidates for enslavement.  Historian Nell Irvin Painter, in her book The History of White People, gives a detailed recounting of European history and how “race” was created.  Many of the myths about race have lost credibility, but there is one that has not and is an unhealed wound in the souls of American Blacks:  white supremacy. The truth is, there is only One Who is supreme: God.

In the beginning, God created the heavens and the Earth.  All He created was good, including the man and the woman who were made in His image and likeness.  But through one act of disobedience, Adam and Eve brought the Earth and all its inhabitants under a curse.  We cannot examine racism apart from this truth: We are all born with a sinful human nature that rebels against everything God is.  We are a mere shadow of His image now. Only through the death of Christ can we begin to live the life He intended for us all.

Consider this:  The DNA for every human being God placed in Adam and Eve. Then we were truly one.

“For everything was created by Him, in heaven and on earth, the visible and the invisible, whether thrones or dominions or rulers or authorities—all things have been created through Him and for Him. He is before all things, and by Him all things hold together.” Colossians 1:16,17