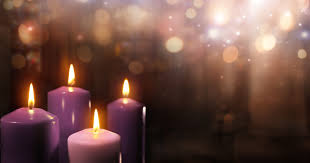 “Listen carefully: you will conceive in your womb and give birth to a Son, and you shall name Him Jesus.” Luke 1

It had been four thousand years since Israel heard directly from God. The angel Gabriel brought the message that the promised Messiah was coming. He swooped in to the little town of Nazareth where there lived a young virgin  named Mary, whose heart was open, tender and trusting.  She was highly favored and blessed because the Messiah would come from heaven to earth through her body.  Mary understood the prophecies about the Messiah and how every Jewish woman wanted to be the one to bear this child. It must have overwhelmed her to know that she was chosen.  This was a great responsibility to be the mother of the Savior of the world, yet Mary did not hesitate to believe and yield. Despite the social trouble that the pregnancy caused her, she had deep assurance that she was doing His will. Surrender was the key to Mary’s joy in the difficult days ahead. She rested in God’s Word and His promise of a King.  Listen to what the angel said to her: “With God nothing is ever impossible, and no word from God shall be without power or impossible of fulfillment” (Luke 1:37). Her act of surrender made her the instrument of hope realized in the Messiah.

Within every believer Yeshua dwells to bring hope and light to a world steeped in hopelessness and darkness. God calls us to believe His Word, yield our lives, and obey His command to reach every soul with the good news of Yeshua’s love.  Like Mary, we are blessed and highly favored to carry the message everywhere in every season of life.